Argentina is located in South America, east of Chile and south of Brazil, Paraguay and Uruguay. e-architect pick the key examples of Argentine Architecture. We aim to include the best and most interesting Argentinian buildings.

We have 2 pages of Argentina Architecture selections with links to many individual project pages.

Architecture in Argentina – latest additions to this page, arranged chronologically: 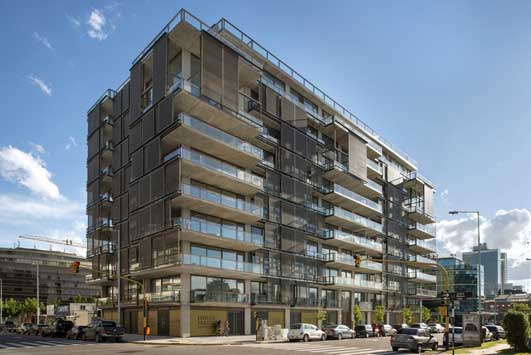 photo : Nigel Young_Foster + Partners
Faena Aleph Residences
Foster + Partners has completed its first project in Latin America with the opening of the Faena Aleph Residences in Buenos Aires, Argentina – part of the reinvention of the former docks of Puerto Madero as a dynamic new urban quarter. Drawing on local architectural traditions, its apartments feature vaulted living spaces and deep, sheltered terraces that exploit the wonderful local climate and maximise views towards the city and Rio de la Plata.

photo : Summa+/Gustavo Sosa Pinilla
Maipu Building
It is a building with a Ground Floor and 15 storeys, with 2 parking levels, where the structure design is determinant. Although it is between dividing walls, the two lower neighbours transform the building in what seems to be a tower.

photo : Walter Salcedo
House in northern Argentina
This new property is located in a neighborhood not yet fully developed on the outskirts of Rosario. The landscape has the rural character of the Pampas, with fields and orchards along with warehouses and criollo brick kilns. 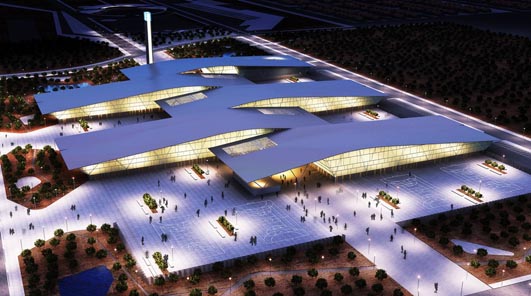 image from architects
New Trade Fair Building in Mendoza
This competition has been won by architects Mario Corea and Eugenio Tioni. The site for the project is located in Mendoza’s main municipal park.

photo : Claudio Manzoni
Bicentennial Civic Center in Córdoba
The Bicentennial Civic Center will be the first administrative complex to have been designed specifically for that end by the Province of Córdoba, Argentina. It is located on the edge of the historic center of the city. One of its sides, measuring more than 700m, was adjacent to the River Suquia, and constituted a physical barrier drastically separating the neighborhoods on both sides of the river.