We have 3 pages of Beijing Architecture Developments selections with links to hundreds of individual project pages. This page lists the major buildings, alphabetically, with images.

The second page (linked below in bold) lists significant buildings but without images.

We aim to select projects that are either of top quality or interesting or ideally both. image from architects
This building is located on the foothills of Fragrant Mountain to the west of Beijing. Given that the structure was already designed by CADRG, the largest architectural conglomerate in China, the present project was limited to the design of its interiors. The museum specializes in the varied and unpredictable art of contemporary Chinese artists as well as a growing collection of American abstract work.

picture from BIAD UFo
Phoenix International Media Center
This building is a multipurpose and comprehensive architecture with functions of television programming, offices and business. As usual, media building has large space such as broadcasting hall, as well as typical office floors vertically. It is hard for this two parts to achieve a harmonious effect.

image courtesy of Benoy
EAST Hotel in Beijing
Benoy announce completion of their first hotel in Asia, with the opening of the EAST Hotel in Beijing. Located in the Chaoyang district of Beijing, this is Hong Kong-based Swire Groups’ second EAST brand hotel; the four-star business hotel is part of the new mixed-use retail-led ‘INDIGO’ development, set to become a prime business destination for Beijing. 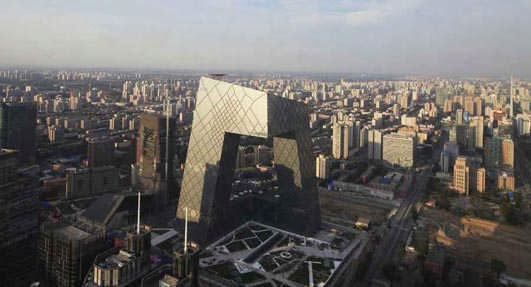 photograph : Iwan Baan
CCTV Headquarters in Beijing
Today OMA participated in the official construction completion ceremony for the China Central Television (CCTV) Headquarters in Beijing, which will start to be used later this year. Designed by OMA as a reinvention of the skyscraper as a loop, construction on the building began in 2004. At approximately 473, 000m2, CCTV – accommodating TV studios, offices, broadcasting and production facilities – is OMA’s largest ever project and its first major building in China.

image : UNStudio
Scitech Redevelopment Beijing
The Scitech mixed-use redevelopment is located on a crossing point of traditional and modern developments in Beijing. The massing strategy for the plot focuses on creating optimal links between the mixed-use programming of the redevelopment, whilst interweaving a dense low rise development with a high rise component. In the low rise portion of the new development, a series of connected courtyards organise the different programmes around the user flows to form an urban carpet.

picture : WDCE
China Mobile Beijing
The new international headquarters, which will be built in several phases in an area of 1.3 million square meters, consists of a campus of 26 specialized buildings to accommodate a variety of functions, including information collection, research and innovation, information services, international cooperation and exchange and display functions. 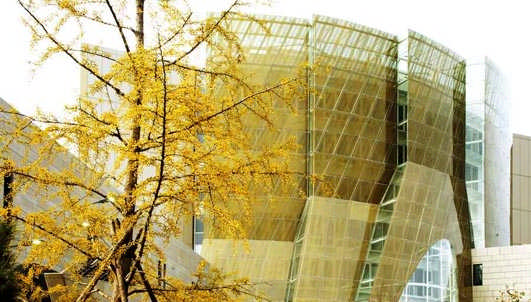 picture © Noelle Hoeppe
French Embassy Beijing
“The very image of French rigor and elegance, the building has come to represent France on Chinese soil. With a garden at its heart, the 20,000m2 embassy consists of the Chancellery, Consulate, diplomatic residence and private apartments of the Ambassador. Innovative functionality and a bioclimatic design are the result of a site-specific architectural approach and the requirements of a changing world.”

picture from architects
Phoenix International Media Center Beijing
This building is located in the southwest corner of Chaoyang Park; the site area is 1.8 hectares. The total floor area of the building is 65,000m2 with a height of 55m. Apart from the media office, the broadcasting studios and the production offices, the building provides abundant open spaces for the public to get interactive experiences.

picture : Mir
NAMOC Beijing
This design for the NAMOC presents an emblem of Chinese culture and a national museum of global significance for the 21st Century. The architectural concept is based on uniting dualities; past and future, day and night, inside and outside, calm and dynamic, large and small, individual and collective.