New memorial at The Museum of Army Flying Commemorating all those who have died in the service of British Army flying from before the First World War to the present day, the recently completed memorial at the Museum of Army Flying at Middle Wallop will be a focal point for commemorations this Remembrance Day.

Designed by Property Services, the memorial’s circle brings together the various regiments that have served over the history of army aviation, from the pioneers of the Royal Flying Corps, the Air Observation Post Squadrons and the Glider Pilot Regiment to today’s Army Air Corps, which celebrates its 60th anniversary this year. Bearing the names of 5,127 service personnel killed in action, the memorial wall encloses a special place for quiet contemplation and frames a view of the sky overhead, connecting earth and air. Wrapped by a grass bank, the memorial takes its place in the local landscape context of ancient burial mounds, whilst also recalling the circular earth revetments used to protect military planes on the perimeter of airfields. Visitors approach the memorial along a path running adjacent to the airfield, where existing memorials have been relocated, providing a processional route strongly connected to the current training operations of the Army Airs Corps. A powerful reminder of the stories of courage and sacrifice represented by these regiments over many years, the memorial’s entrance is aligned to the angle of the sun at 11 o’clock on 11 November, revealed only once visitors reach the end of the path. 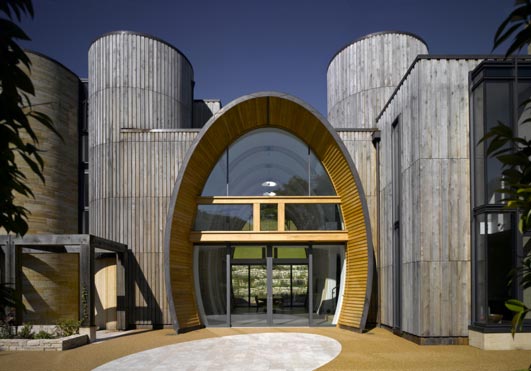 Website: The Memorial Wall – The Museum of Army Flying